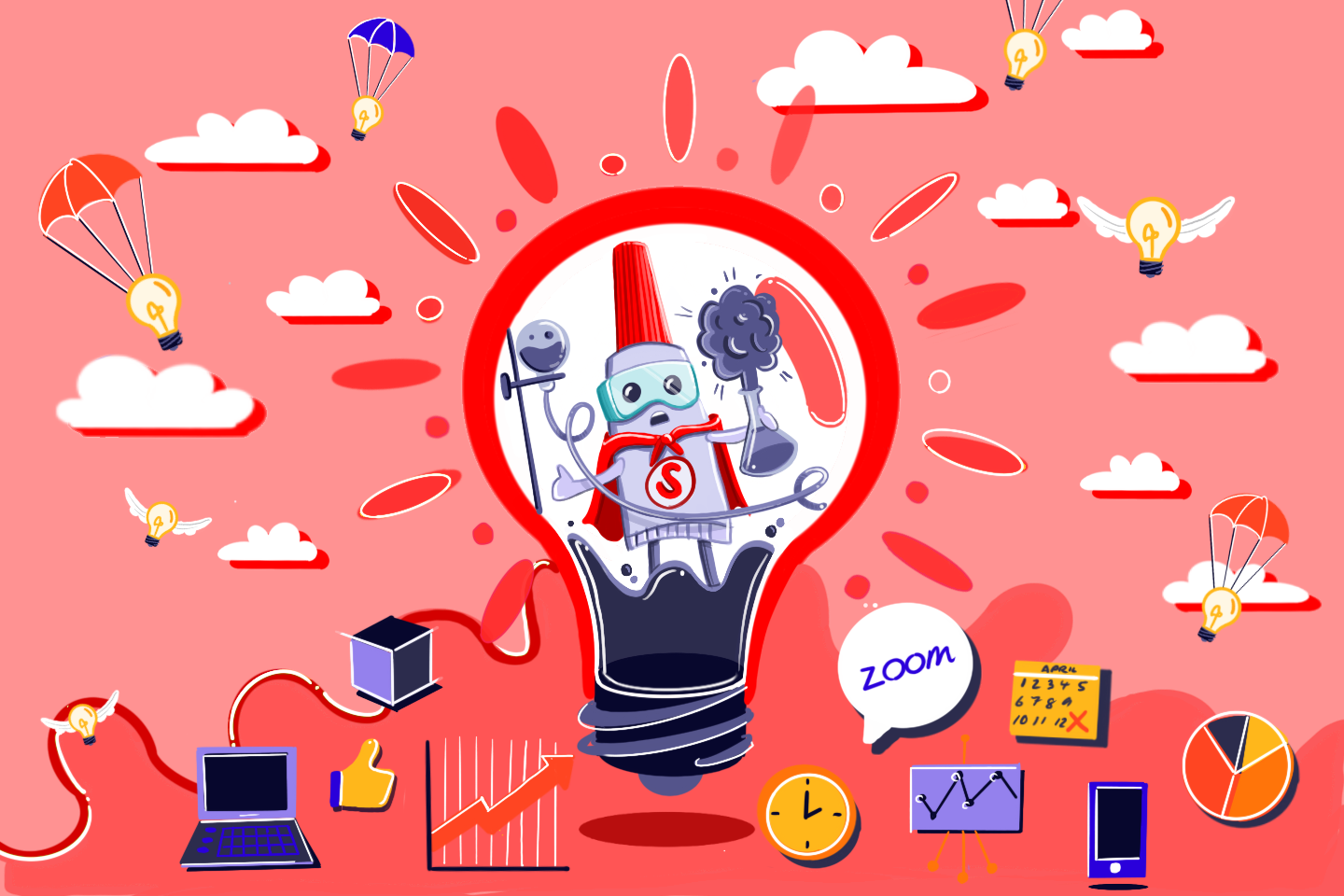 Sometimes we find ourselves in sticky situations, and the glue that holds us together is a shared passion of innovation and experimentation. This is a story of how experimentation in challenging times can sometimes lead to serendipitous results. It is also a story of how necessity can be the mother of invention. Let's bond over the story of how superglue was invented (enough with the puns already!).

Contrary to popular believe, superglue was not invented on the warfields of WWII, but in a Eastman Kodak lab during the same period, where Harry Coover was trying to invent a new super clear plastic to use in gun sights for the US army.

As he experimented with different formulations he happened across a formulation called cyanoacrylate which, instead of providing a clear plastic solution to the problem at hand, proceeded to stick everything in the lab together! Quickly seeing that the formulation would not solve the problem at hand it was put aside, but noted meticulously in his lab books.

Years later, during the 1950's, he was working on heat resistant acrylate polymer for jet canopies and one of his team, on going through Coopers previous research work, happened across cyanoacrylate and decided to give it a try. This time Cooper realised that there was a great opportunity and 'SuperGlue' was invented.

Perhaps the reason why the source of its invention is mixed up with battlefield stories is the real story of medics during the Vietnam War. Field doctors used a spray version of the glue to fast seal open wounds in order to get soldiers back to the field hospital. This was an emergency solution to an emergency situation, but it led to the development of properly classified and tested medical grade glues that are used to this day in life saving surgeries around the world.

So, sticky situations can sometimes lead to great innovations. We often find ourselves to be the glue between R&D and Marketing, bonding insights from both sides to drive innovation and get the right product to market. Imagine what we could do for you!

Now is the time to innovate. Let us show you why.

Previous Story
← Innovation, Mustard + Ingenuity. How to survive a pandemic.
Next Story
Blown away by Tissue Power →

These Stories on Let us show you why

Let us show you why

Blown away by Tissue Power

Innovation, Mustard + Ingenuity. How to survive a pandemic.

Let us know what you think